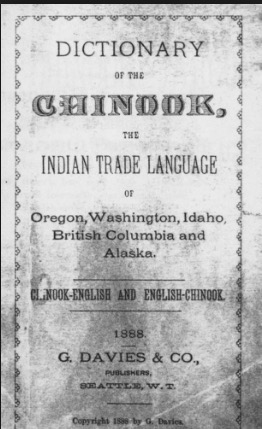 At their November 29, 2016 meeting City Council approved the recommendations of the Civic Assets Naming Committee to name a new road in the redevelopment of the Arbutus Shopping Centre as Lahb Avenue. Lahb is Chinook for the Arbutus tree. This is the first Chinook word used for a street in Vancouver. This approval continues the committee’s efforts to bring a greater diversity to naming in the city.

The shopping centre is located in the valley west of Arbutus Street and was a busy area for logging activity. Logging contractors had multi-cultural workforces that included local First Nations men and in the early days of non-native settlement Chinook  was the working language of trade and commerce.

“Chinook Jargon is a language with a simplified grammar that draws its vocabulary from several languages. The largest parts of its vocabulary come from Chinook and Nuuchanuulth, followed by French. It also contains words from other native languages and from English. Some Chinook Jargon words have made their way into British Columbia English. An example is saltchuck for ocean”. Read more at http://www.ydli.org/bcother/chinook.htm There’s also good reference list at the end of the article.